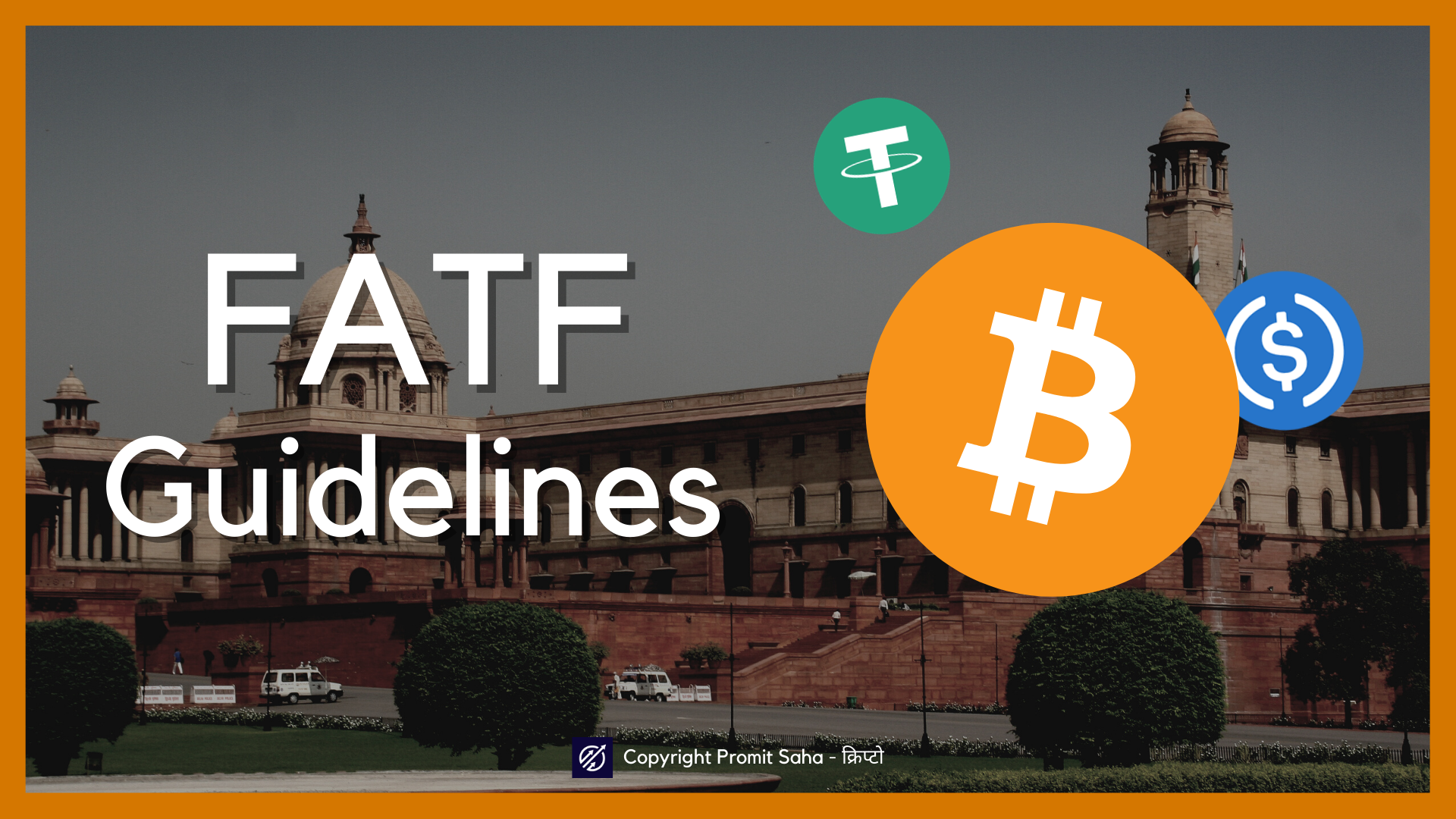 India is in fact a member of the FATF (Financial Action Task Force) & might have to keep in mind the new global norms being set on the permission and management of cryptocurrencies. Given the fact it can be misused by the bad actors in money laundering, it becomes very essential to have a global coordinated set of rules.

The new guidelines which have been released by FATF clarify that all Virtual Assets and Virtual Asset Service Providers fall within the scope of the FATF standards and countries will be judged on their performance with the new metrics devised by the FATF. The core summary of the new guidelines is to provide a fixed set of rules for governments to follow that makes it easier to track and intercept money laundering and terror financing.

Why Guidelines make it easier?

Crypto assets are fundamentally operating without any central authority controlling the transactions. The lack of a financial institution as an intermediary has both its pros and cons. In the absence of global coordination, financial flows can happen outside the control of global enforcement agencies.

The new guidelines of FATF say that “every exchange (VASP) has a full set of obligations as financial institutions and designated non-financial businesses and professions.” Therefore countries should apply all of the relevant measures under the FATF recommendations.

Banks be good or bad are tools of the government in regulating the market sentiments of people in a country. That comes with a trade-off as well. A recent crash happened in the Turkish Lira because the Turkish Government kept dropping the interest rates for a longer duration.

Virtual assets being free from manipulation by any single entity makes it crucial to have a fixed set of rules to monitor and trace bad actors. The FATF guideline also stresses that governments and central banks are also required to take action to identify persons who carry out VA transactions without proper license or registration.

This means companies launching their ICO’s or IDO’s would be accountable in case of any financial fraud by the enforcement agencies.

Consumer protection and investor safety should be enforced by the regulators to save people from the wild west of meme coins and scam projects raising money.

In addition, the FATF rules say that governments are the only “competent authorities” to monitor crypto.

In the October 2021 updated guidelines, greater details have been added to clarify what exactly regulators should seek to address this new form of technology that comes with both opportunity and risk.

Globally speaking, China has banned all cryptocurrencies and declared that it will issue a digital yuan however blockchain-based startups are supported. Nations like the US, Singapore are more welcoming with a licensing framework for all cryptocurrency exchanges. Even developed nations like the US are finding it hard to impose a proper bill on this type of decentralized asset class & even I think with time there would be more clarity on what can be allowed.

Will India ban or regulate it?

Nobody knows what’s about to get presented at the parliament but considering the fact of Unicorns, foreign investments & talent drain that can occur with a blanket ban, more discussions need to be made in this regard.

Regulating any peer-to-peer form of currency is not going to be easy by any means. It will take time and constant changes based on feedback from the industry players.

The government may restrict coins like Monero, Dash, ZCash which are infamous for not storing transactions on a public ledger & allow public blockchain-based assets which are traceable by the regulators and enforcement agencies. Transactions can be traced by KYC compliant exchanges and people behind those wallets can also be held accountable for any wrongdoing.

Tax clarity also needs to be there for retail investors who are planning to invest or have already invested in virtual assets. Custodial and non-custodial wallets with assets in them are uncertain of the tax liability because of the absence of any clarity.

Are regulations good? Obviously, for everyone, this answer may vary but for me at least, it is a good step ahead in terms of technological advancement.