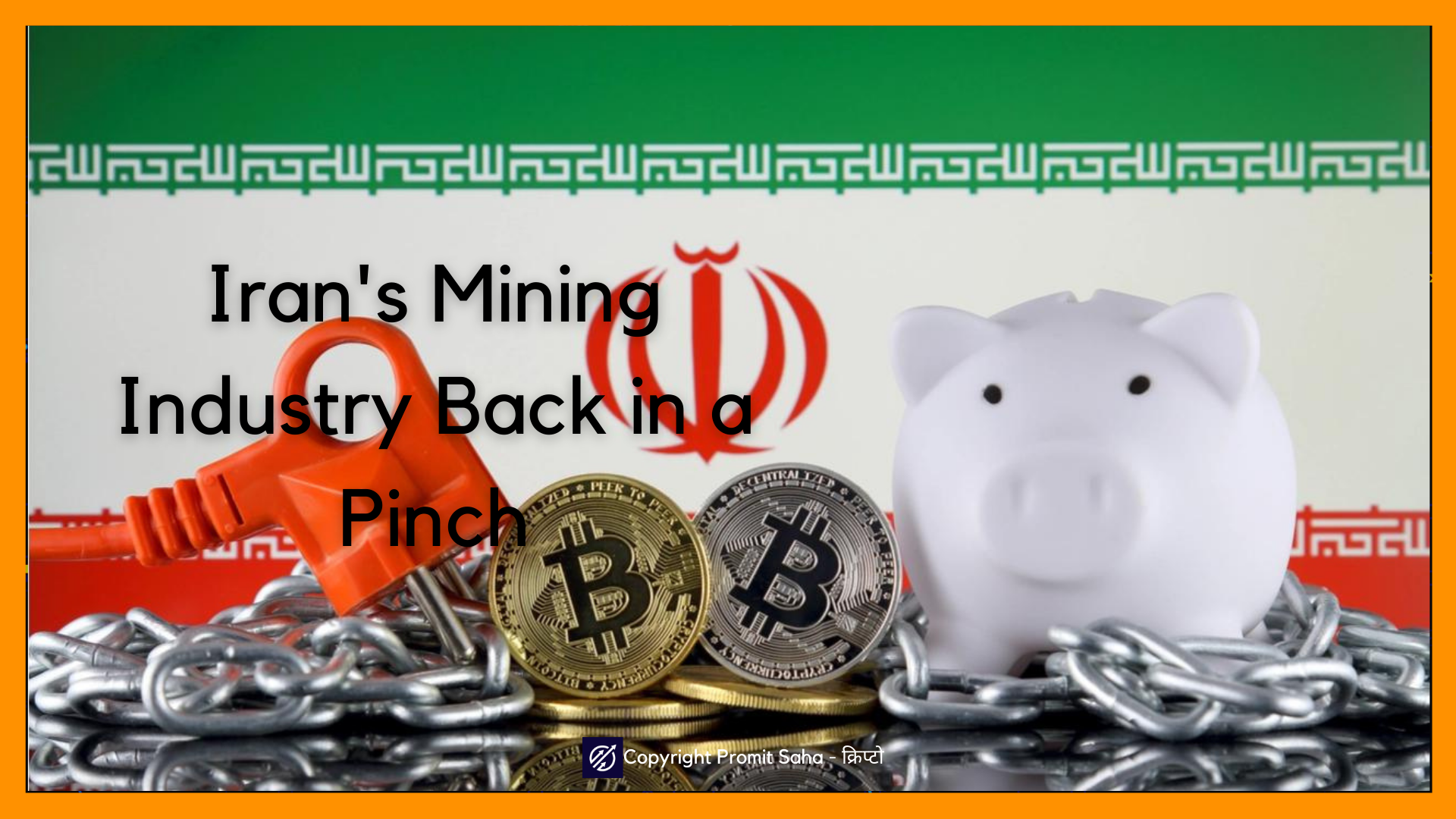 Iran’s Mining Industry Back in a Pinch

First of all, we would like to start by wishing all of you, Happy New Year! May 2022 be an extraordinary year for you, your family and as well as your friends. May this be a prosperous year for all.🥳🥳

Once again Iran’s mining industry is under a ban by the government and the reason is the same as the last time, Iran’s Power Generation and Distribution Company (known as TAVANIR) is failing to meet the total power consumption demand of the country. Thus, to manage the deficit, the country is being forced to manage the problem by introducing voluntary power cuts which is obviously not a good thing as all households and even the commercial sector are forced to suffer due to this. The households are left without electricity in this cold winter season and in the same way, the production outputs of the industrial sector are declining which is costing everyone a huge chunk of revenue. Hence, this ban is again placed to avoid such further complications

Why isn’t the administration able to solve this major issue?

Well, the reasons are quite simple, first of all as per the experts, apart from the 56 legal mining hubs numerous mining hubs are operating illegally in the country for which the TAVANIR is failing to estimate the actual total power consumption of the country and for this, a huge power shortage is being created.

As for the part, why the miners are operating from the shadows? This explanation too is pretty simple. The illegally operating miners are in fear that if they get themselves registered then they would need to comply with any future law that the government may cook up. Plus, registered mining hubs needs to pay the commercial electricity rates which are 4 times higher than the domestic rates which are also not feasible.

Well, now for the million-dollar question about what the administration is doing? As per the experts, the government in the past did set up a task force to hunt down these illegal hubs but it ended up in a total failure as most of these hubs were found to be connected or owned by bureaucrats or people having a high level of influence in the government. For now, the ban is set to be lifted on 9th March 2022.