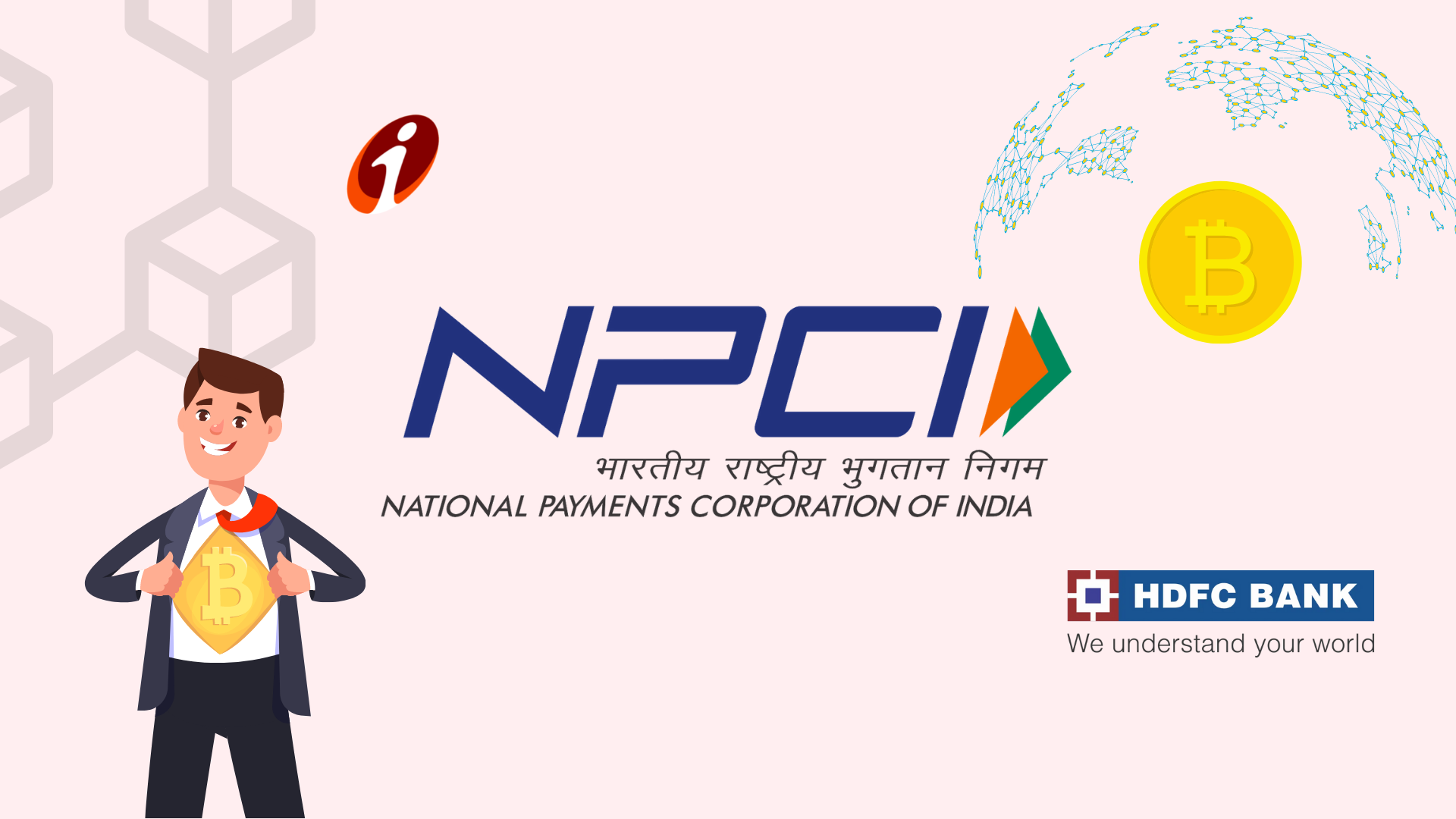 National Payments Corporation of India or NPCI which runs UPI transactions in our Country has refused to ban cryptocurrency-related transactions and instead has asked banks to take their own call in the matter.

This narrative comes at a stage when Indian Banks like ICICI, HDFC are prohibiting Indian Exchanges from using their banking services to process INR deposits & withdrawals. After the supreme court ruling out the RBI Banking ban, ICICI bank after one year orders payment processing companies to stop offering its banking services for cryptocurrency transactions. WazirX Co-Founder and CEO, Nischal Shetty has taken his stance on Twitter to clarify the problems which Indian Exchanges are facing along with their customers who asked for clarification on the unavailability of UPI deposits.

In this case, the NPCI’s advice is significant at a time when banks are restricting their services for payments to cryptocurrency deals. Almost half a dozen of the top Indian Banks have asked the payment gateway companies to blacklist merchants who are involved in Cryptocurrency Trades. It’s even claimed that these banks are restricting the customers from initiating online Fund Transfers by Net Banking and UPI to trade cryptocurrencies. Funds are getting reversed or either the payment doesn’t go through.

NPCI’s decision is based on the 2020 Supreme Court verdict which overruled the RBI banking ban from April 2019 which asked banks and finance companies to block all transactions related to the trading of cryptocurrencies in the country. NPCI hasn’t blocked the trades given that the RBI hasn’t suggested anything new after the supreme court verdict.

It seems that each bank has a different take on crypto trades based on it’s risk assessment.

“Banks barring payments for such trades is not within their constitutional rights after the Supreme Court ruling”, Ashish Mehta, Co-Founder of DigitX told Economic Times.

Exchanges are service platforms that provide a marketplace to consenting buyers and sellers in a secured environment. They don’t directly buy or sell such assets. Delay or Denial in providing support to the exchanges would be harmful to such a booming global space in cryptocurrencies.

In this kind of haywire scenario in India, traders prefer to choose banks that allow crypto trades despite the private sector banks that closely monitor the customer transactions.

The role of banks in any economy is to provide banking services to people who want to buy/sell anything with their money stored with these institutions. Banks aren’t supposed to act as gatekeepers and decide on their own what to allow and what not. Even after the Supreme Court verdict, it seems that some banks don’t want to abide by the decision. This adamant behavior of the banks might turn out costly at a time when the world is adapting to a rapidly growing Crypto Space.