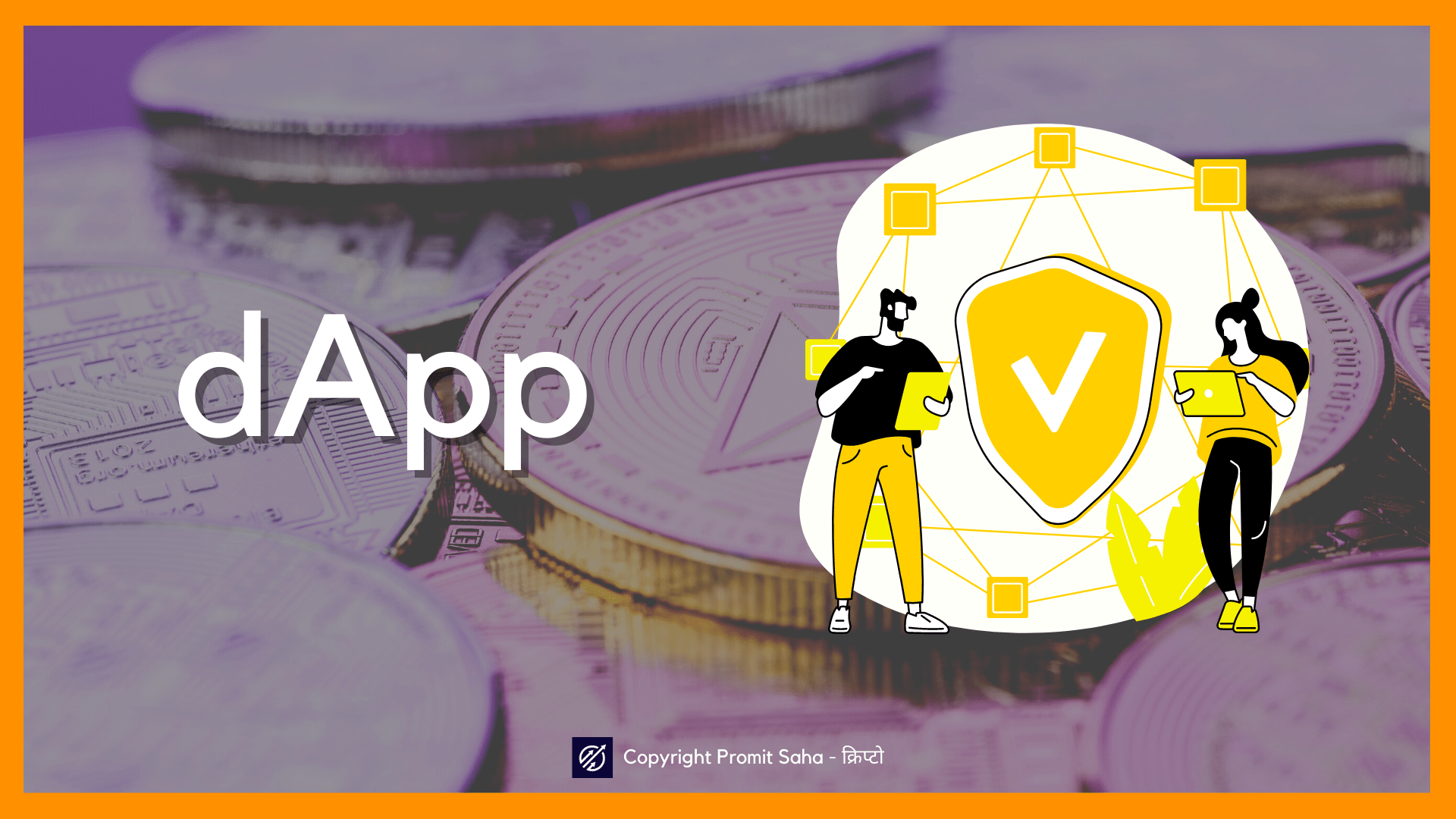 We all know that our phones can have a bunch of different applications. There is Facebook, Instagram, Gmail, YouTube & a lot more. These are all applications that run code that was created by a company so that you as a user can interact with their company. Well, a dApp or Decentralized Application is very similar in how it works except in reporting back to Facebook servers or Google servers, this app reports back to the blockchain.

While using a dApp, a user is simply interacting with the blockchain through the application. In this article, we are going to explain exactly what is a dApp or Decentralized Application, how they work & why they might hold the key to the future of technology.

The first thing that you need to know is that dApps can only be built on Smart Contract networks. This means a blockchain like Bitcoin could not use dApps so far before the Taproot update unlocked this feature. Originally Bitcoin was designed to only allow the sending of its native coin.

Ethereum on the other hand can utilize something called a Smart Contract. Smart Contract is simply a bunch of code written in Solidity programming language that can be run to do more complicated things other than sending tokens.

You should read our article on Smart Contracts so that you are not confused but in short, they allow two people to make an agreement written in code so that they don’t have to trust a third party to follow through. They can simply just trust the code.

Another benefit is that since the code is out there to run, it is what we can call as open source. It means anyone can look at the code.

This allows a lot more trust given to the application. We can’t really look at how Facebook recommends us friends or advertisements or how Google knows what we ate for dinner but with any Smart Contract, we can actually look at the code and see how it works.

This is a big benefit over Centralized Applications.

Next, dApps are also Censorship resistant. This is a fancy way of saying they don’t have to answer to governments or corporations or even specific people. If the smart contract is coded to do something & triggered, nobody can stop it.

Actually, this is good & bad. But it is really important for financial applications, this way nobody can control your money.

In history, governments that have done a lot of bad things have had control of their citizens’ money. There have also been cases where Facebook & Twitter can actually ban or censor certain people based on their internal policies or Government pressure.

A decentralized application will not allow all of these to happen unless it is written to. Another big benefit of dApps is that they will never go offline.

There have been times where I have seen Facebook or YouTube go down maybe their servers went out of capacity or because of an outage. Things do not work that way as planned at big organizations & things like downtime usually last for a very short time period.

Technically, the Government could just come in and shut down any big social media company. Since dApps run on the blockchain they will actually never go down because they are run by hundreds or thousands of computers distributed all around the world.

It would be infeasible to turn them all off at the same time.

So now that you know what makes dApps so cool, let’s get into some examples of them.

First, let’s start with some financial dApps. There are actually many dApps that provide a way for people to invest in something called Decentralised Finance. Defi is a new monetary protocol that uses blockchain to allow investors to do new things & even some old things with their money with a ton of new benefits.

Let’s look at some of the ways in which a dApp may use your money.

So Aave is a platform that allows users to deposit their Ethereum or Matic tokens to certain smart contracts which then gives back extra interest to people when they withdraw these tokens. This basically allows users to invest with them.

Aave also lets people borrow tokens, basically if you have enough collateral deposited. So without going too much in-depth this allows you to borrow for various interest rates & even create specific margin positions.

Providing Liquidity is actually a very complicated idea but in short, let’s say there is not much money to trade a pair of tokens. So investors come along, buy these tokens & then invest them in what is called a liquidity pool. This allows other people to trade back & forth using their tokens.

The traders pay a small fee each time that they trade. This allows the investors to earn a return for their investment. It is a win-win situation.

What it means is that you can sell a million dollars of ethereum without anyone blinking an eye or asking any questions. These exchanges are actually called DEXs which actually stand for Decentralized Exchange.

Obviously, there are projects trying to gamify the space. The first one is CryptoKitties. It is a dApp that allows you to buy kittens, technically you’re buying an NFT data rights to a token that represents the kitty. The fun part is you can actually buy a lot of these kittens and then breed them to create more kittens.

In the community, the older generation kittens are most valuable. You can actually sell them for a profit or sometimes a loss if you play the game long enough. Even more so you can rent out your kitten to someone else’s kitten as a strange form of passive income on the blockchain.

So while summing it all up. Decentralized applications can be a fun thing to interact with because of their unique nature. Let us know how was your first time experience with one such dApp.

Thanks for subscribing!
dApp explainedWhat is a dApp
0