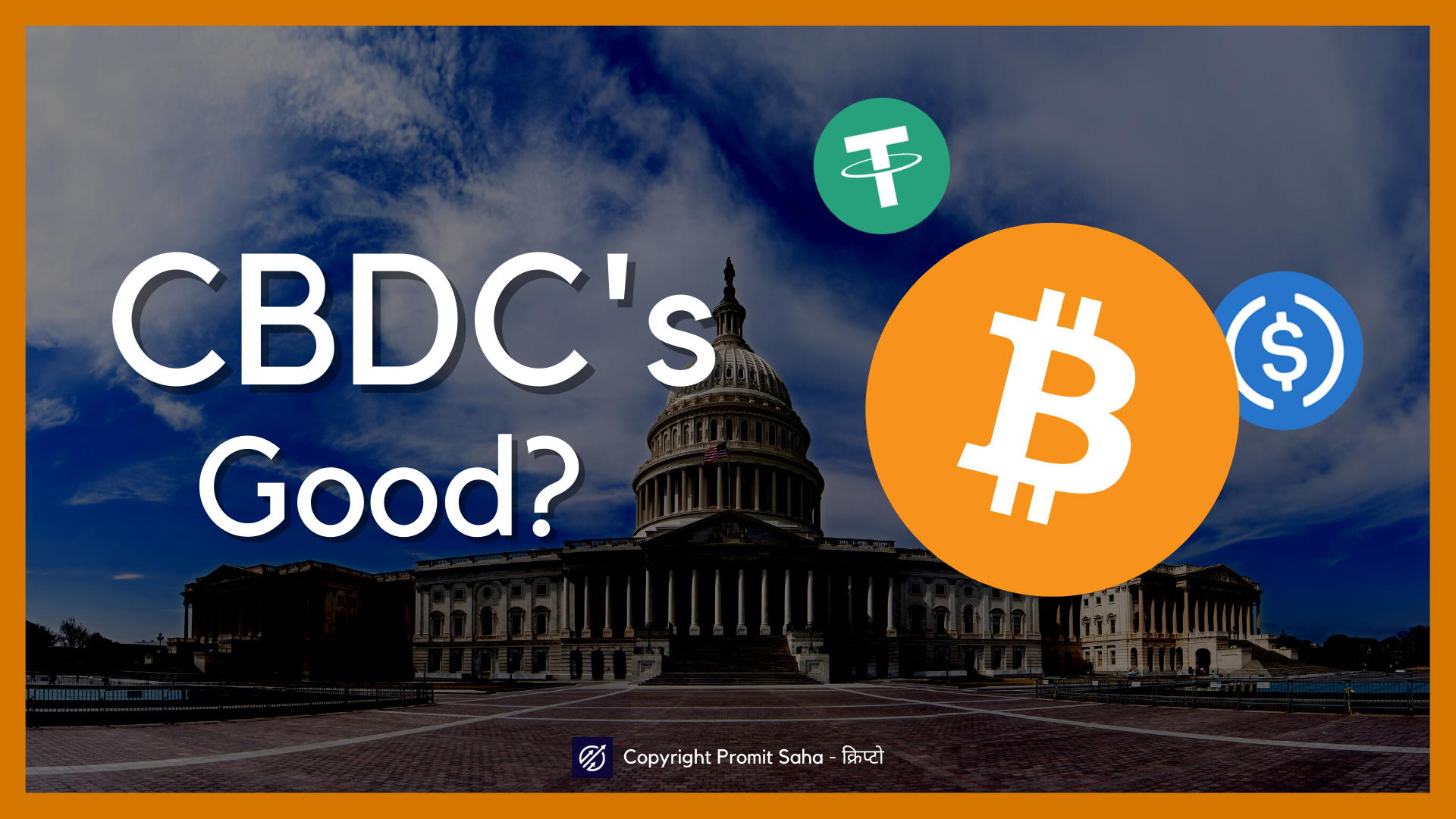 Will Government-issued CBDC’s wipe out Stablecoins?

Cryptocurrency has been widely popular among new-age millennials for its potential to bring in a new era of financial inclusion. The idea of a currency operating independently from the central government has both attracted authorities and private institutions to re-evaluate their takes on the virtual asset class.

However, price volatility & regulatory uncertainty is the very nature of popular crypto-assets across the major countries that are still figuring out ways to monitor the risks and benefits of the industry. A subset of all these assets is stablecoins/stabilized cryptocurrencies which operate on the same blockchain technology but are pegged to a unit of the underlying asset.

Collectively near $3 trillion in stablecoins were transacted in the first half of 2021 which raises a question for the central banks planning to launch their CBDC’s. If not now then when?

Various public concerns have emerged indicating the central bank CBDCs as more than just a digital-dollar or digital rupee. Beyond the challenge of wider financial inclusion, governments view CBDCs as vehicles for the monetary and social policy with the ability to restrict their use for basic necessities, locations, and time periods. Such complex functionalities will act as friction among people willing to switch from electronic currency/fiat money to CBDCs.

So the big Question. Will CBDCs replace the Stablecoins?

With the rising volume of stablecoins over the past 12 months, notably, they have gained a first-mover advantage. This also has increased the expectations for central banks to come up with an equally good or a better version of their CBDCs. If banks are wondering CBDCs would solve all problems then that’s not the actual case.

Stablecoins are typically collateralized by fiat currencies or short-term securities/bonds. They play a vital role not just as a medium of international exchange but also as a source of liquidity across decentralized finance exchanges.

People trading on a DEX would find it hard to gather liquidity with traditional fiat currencies since every other nation would have a unique form of them. Unlike the proposed nature of CBDCs issued on private ledgers, stablecoins can engage with smart contracts on a permissionless basis which enables the entire concept of decentralized financial services.

US Federal Reserve Chairman Powell said, “You wouldn’t need stablecoins; you wouldn’t need cryptocurrencies if you had a digital U.S. currency,”. Undoubtedly in developing nations like India, Government-issued paper money has a lot of trust backing from the people but from a wider perspective, would banks allow private companies to monetize on the securities & currency market.

But Fed isn’t that keen on launching the US Fed Coin either since there are almost 11,000 cryptocurrencies existing today & a digital dollar would be entering a crowded field.

Current Scenario of the market

Private players like Tether have managed to be the most popular stable coin despite all the controversies related to the shady reserves. USDT still remains to be one of the highest liquidity coins in terms of daily volume traded and adoption.

USDC on the other hand is backed by fully reserved assets on a 1:1 basis for US dollars and managed by Circle, a consortium of multiple financial institutions. It is also very similar and easy to use to Tether but in terms of volume, it ranks just $4.33B whereas the former has over $77.6B volume traded in the last 24 hours.

Cash usage in many countries has kept going down while the cost of maintaining the infrastructure hasn’t. Centralized electronic payments on the other hand aren’t 100% efficient & they lead to payment failures occasionally. Private players like Tether capitalizes on this inefficiency by integrating blockchain into their coin that operates 24/7 with minimal fees and instantaneous transactions happening all over the world.

This distributed consensus with private key cryptography increases financial inclusion and if CBDCs were to come into the picture they must either be better or at least equivalent in terms of the potential use-cases.

Will Regulation decide the fate of Stablecoins?

Ultimately the fate of both CBDCs and stablecoins will depend on the actions taken by governments around the globe. Heavy regulations are highly unlikely to suppress the demand for digital currencies, and people may try to find alternate routes to access the metaverse. Innovators and global investors will keep pushing the boundaries for the government to develop new models of regulations.

The recent growth in circulation and volume will keep happening at least as long as the overall size of the markets continues to expand. Most likely there will be a form of coexistence with people deciding on what to hold and trade. KYC and AML norms can provide a common ground for both players.

What will happen to banks?

Retail users don’t need a bank account to hold or trade stablecoins. A private wallet like Metamask is good enough to get started. Exchanges like Binance or WazirX aren’t financial institutions that will provide banking services. If transactions happen through these platforms, banks stay entirely out of the equation. Blockchain distributes trust among people. Banks or the middleman making money through these routes can get minimized in the future if stablecoins keep growing in popularity.

However, in the case of CBDCs, the mode of distribution could vary as per the wish of Central banks. For example in China, the banks hold a node in the blockchain and they issue digital Yuan using their own distribution network. But China can’t be taken as an example since it is ruled by a single political party.

It will be interesting to see what major democracies do with their CBDCs and will people be allowed to make an account directly with the Central banks? If yes, then who’ll solve customer disputes and problems.

Will there be banks in the picture and how will they play along with a new form of money?

Will the transactions be public like we see in the case of Ethereum, Bitcoin, USDT, etc, or be a private one like today? Can individuals look into the account balances of other people?

All these questions remain yet to be answered.

It is still way too early to point out who will survive eventually throughout the evolution of money but this competition will surely keep happening between stablecoins and CBDCs.

Thanks for subscribing!
CBDCstablecoinswhat are cbdc
0