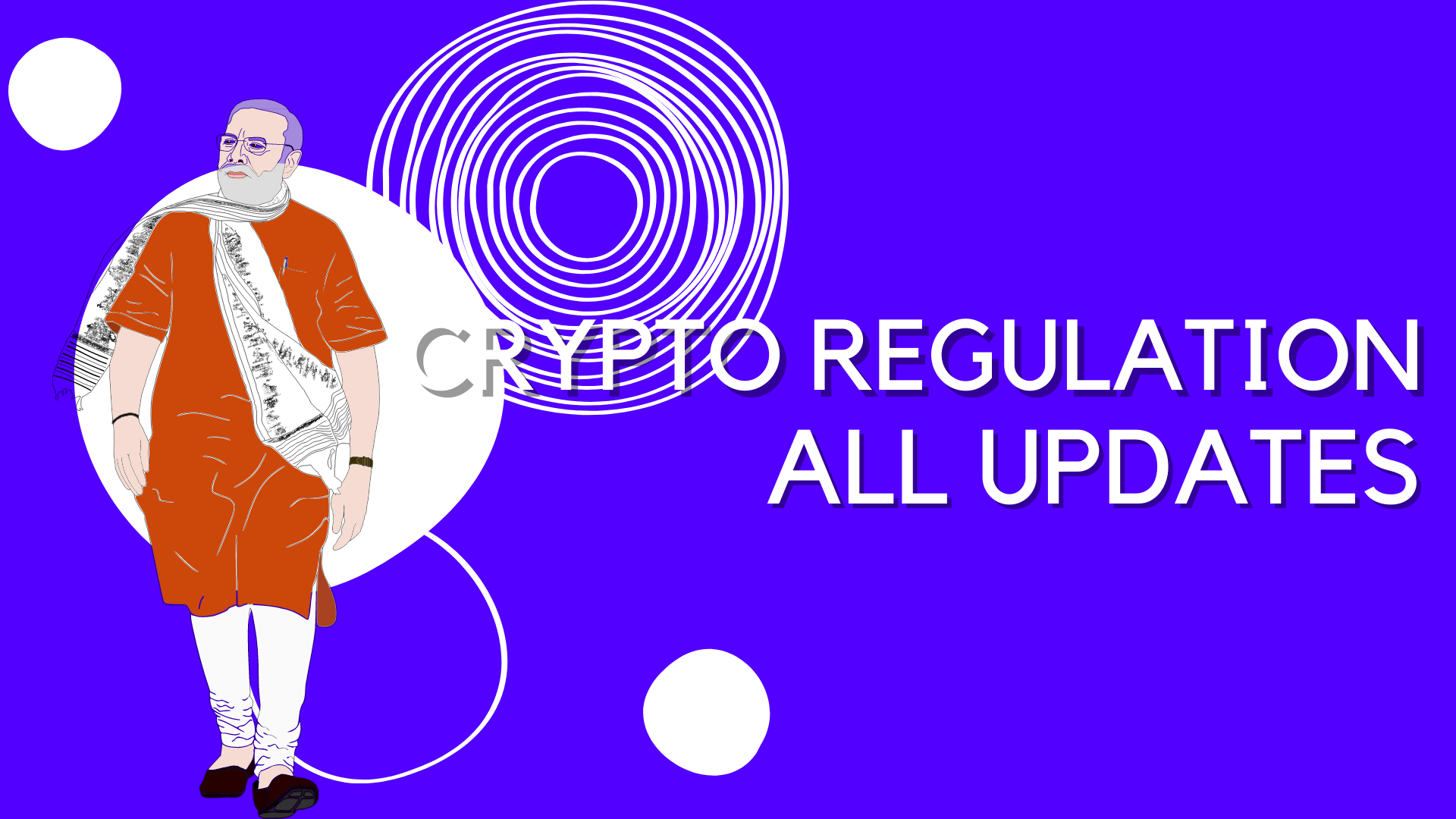 All we know so far about Indian Regulations on Cryptocurrency

The Winter session of the Indian parliament is about to start on November 29. The Finance Ministry has been moving around actively nowadays to regulate the new asset class of Bitcoin and other Cryptocurrencies. On Saturday, the PMO hosted a meeting around the industry to discuss the concerns and growth prospects of the industry. Well, a lot has happened in the last 2-3 days and in between all this news, I thought of filtering down the important ones for all the readers.

Another opinion from my side is that all those who think it will be banned from the nation and are planning to exit from the markets out of fear. I’ll suggest waiting for some more time. The Government may explore the possible taxation opportunities in the markets and not ban it totally, especially during a time when nations like Singapore, the US, & others are trying to let the digital assets thrive on their nation.

Even if there’s a ban on the unregulated asset class, it will give all the investors an exit window of around 6 months. Although that’s highly unlikely at this point in time when many startups have been built on the space and foreign investors are pouring money into the sector. A viable route, at least for me looks to be the taxation route.

Why a Regulatory bill is needed in the first place?

Well, let’s try to look at some of the problems currently which exist on an unregulated form of money.

People are greedy by nature and many won’t disclose their actual profits from the cryptocurrency industry. Are you willing to show the $10,000 airdrop which ENS gave everyone with a .eth domain on next year’s income tax return? Many people make lumpsum wealth by trading cryptocurrencies or by participating in IDO’s but instead of paying taxes on those returns, people keep them in a private wallet.

Illicit activities like money laundering and tax evasion could be cracked down upon after regulation. Blockchain by its very nature is transparent and every transaction can be traced back to the source. KYC norms and a taxation structure could help boost the tax collection for the government and curb these bad actors from the industry.

Foreign investors and retail Indians will become more confident about the uncertain future of Bitcoin in India. If Government regulates the industry, we may witness another surge of foreign investors in the country. Already we have unicorns from the space operating in the nation, which in turn, could boost job opportunities and revenue for the government. Retail investors like you & me could double down on our investment strategies on Bitcoin, Ethereum, or other digital assets.

There can be many more reasons and opportunities hidden into the space which is evolving into the entirely newer concept of Web 3, Metaverse, NFT’s & more. No one can sum it all up in a single article.

Bitcoin in 2021, is like the Internet in the early 1980s, you don’t want to miss out on this upcoming gold rush.

What has happened so far?

Now comes, the juicy part. What has been happening among the folks in the government? This industry is undoubtedly a disruptive force for the banks that have been dominating the financial sector for decades. It will be interesting to see how banks will stand up in the future if Government regulates the industry. Will we even need banks in the future?

The RBI has been showing its own concerns about the macroeconomic problems related to the industry. So far it hasn’t been able to show how these problems are happening but it keeps showing concerns about Cryptocurrencies. If you can remember, in 2018, it was RBI that imposed a banking ban on virtual currency exchanges. I didn’t find many articles where RBI pointed out where exactly it can see a problem arising. In fact, the only problem I can think of is the future of banking, which will soon evolve into the next form of decentralized money, but that’s not something in the best interest of bankers.

Another interesting thing is about taxation and how it could be implemented into the space. I saw some people betting on a flat 18% GST on all transactions but that’s just too much. In fact, for retail investors, it would be devastating to pay so much extra money every time they think of buying Bitcoin. Even if the government decides to regulate it as an asset, a question of who will look after the space and regulate it arises?

Something that could be viable and good as a form of taxation can be implementing the same structure of taxes that are currently applied to equity schemes. A short-term gain tax and a long-term gain tax. Exchanges can calculate this data for their users and inform the income tax department about estimated tax returns for any single individual. But that still doesn’t account for the funds held within private wallets. The on-Chain analysis could be something that may get implemented to trace the undisclosed funds.

Again, a disclaimer that all of these are currently speculation around the bill which will come shortly within the next couple of weeks in the parliament.

What happens to you & me?

Are regulations good? Obviously, for everyone, this answer may vary but for me at least, it is a good step ahead in terms of technological advancement. If I give an example of regulation, let’s talk about Fiat money. It is well regulated by the Government as a legal tender still it has problems of black money, terror financing, tax evasion, and corruption. Blockchain being 100% transparent can curb these illicit activities if used as a currency but it is good to start accepting it as an asset.

Nations adopting Bitcoin and incentivizing people to hold it can have an edge against the dominating US dollar. We all know about US sanctions and how it tries to use the dollar as a diplomatic tool to influence other nations. Bitcoin being a decentralized currency doesn’t favor one or the other nation specifically, but the early movers gain an advantage from the blockchain asset. If the Indian government can take a wise route of regulating the asset, we as a nation of 1.3 billion people can certainly become a global leader in space.

That was all for this article. I hope this was useful.