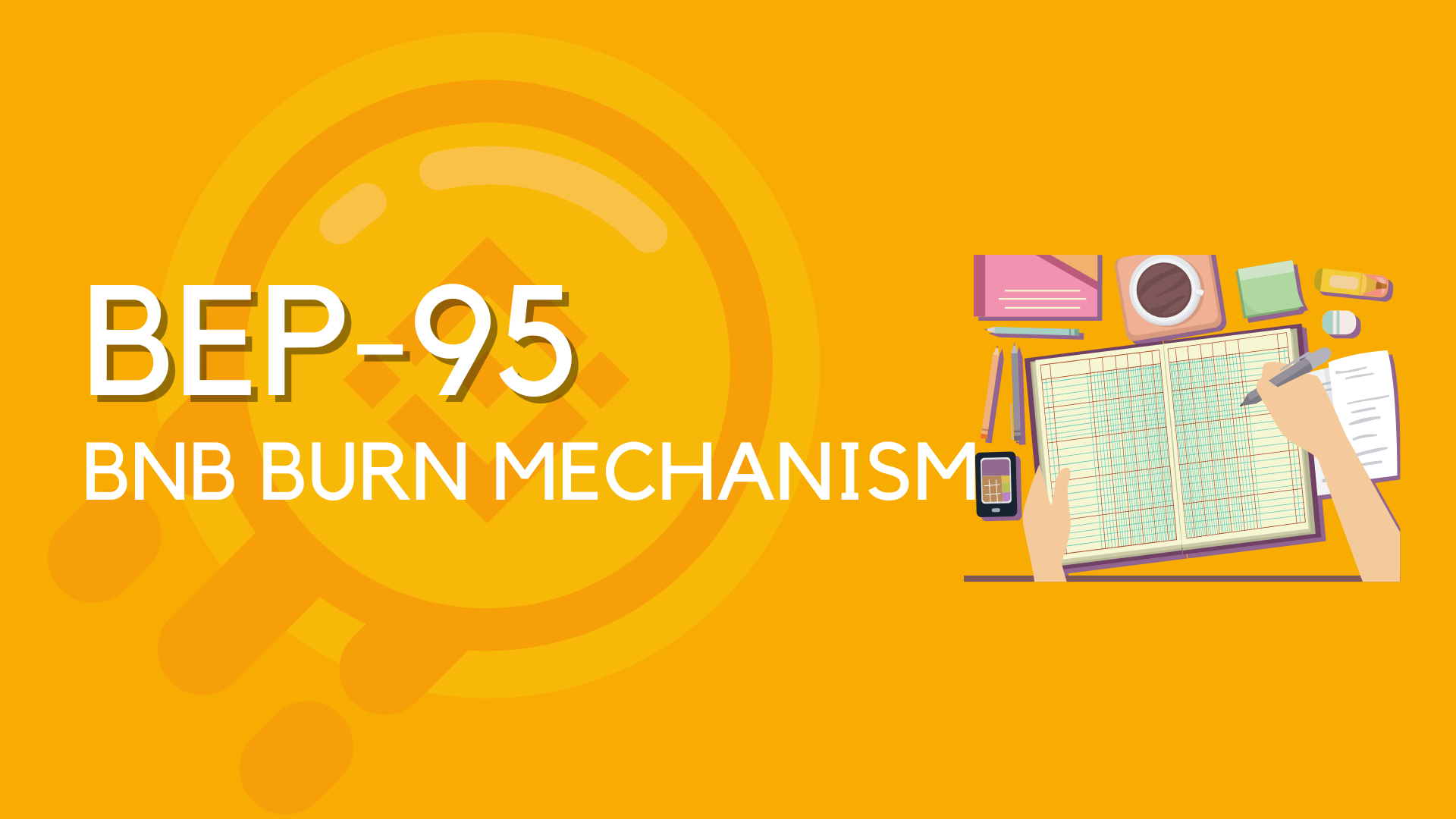 The abstract of the proposal is to lower the circulating supply of BNB even beyond the scheduled 100 million tokens by Binance. The BEP-95 proposal is designed to burn off part of the fees collected by network validators in real-time, further decreasing the supply. This in turn will help in the decentralization of the BSC network which is one of the major concerns among crypto enthusiasts.

This is very similar to the EIP-1559 proposal on Ethereum, wherein the Gas Fee used to skyrocket during peak network activity.

Even though Binance will burn tokens every quarter, beyond 100m BNB, it won’t be possible to burn any more tokens. This new proposal aims to add a new line of code to the existing smart contract to set the burning mechanism on auto-pilot where-in a fixed ratio of BNB tokens will be burned in every new block adjustable by governance.

This gives more power to BNB holders who can now decide where the Gas Fees collected by the validators should go for. The intrinsic value of BNB would also increase in the long run as the circulating supply would keep dropping after every single block validation. As the demand for BNB keeps increasing, the fiat denomination for the same will keep rising even further.

Although, while implementing this new proposal the fees collected in BNB would decrease for the validators, the rising demand would compensate for the same in fiat.

By nature, BNB is a deflationary token where every quarter, a certain amount of BNB is burned by Binance. There is no mining algorithm yet, enabling mining of new BNB tokens & rewarding the validators. BNB’s supply is only decreasing by scheduled burn events conducted every quarter.

BNB token has a ton of utilities both on-chain and in the Binance platform. If you’re on the mainnet, BNB acts as the network utility token where BNB can be used to pay for gas fees, stake, mint an NFT, etc. That’s basically anything you can think of doing on the BSC network. On the Binance App, BNB can be used to avail trading fee discounts, as collateral for crypto loans, convert Crypto Dust to BNB, Commission on Binance Futures & many more.

With all these use-cases and a rising user base of Binance, BNB might witness a surge in demand over the next decade. After the BEP-95 proposal, the gas fee collected in every block will be split into two system smart contracts:

Before you keep reading, let me introduce you to an irrecoverable wallet address that’s designed to burn tokens. Click here.

The burning mechanism will be introduced by inserting governable parameters “burnRatio” inside the ValidatorSet Contract. This burn ratio can be modified anytime by network participants through on-chain voting. At the end of each block, the validator will sign this contract to enable a deposit function (burnRatio*gasFee) to the irrecoverable wallet address mentioned above.

The initial setting for burnRatio will be 10%.

The change in the value of burnRatio can be conducted by the BSC Validators using on-chain governance based on the amount of staked BNB. A higher stake denotes a higher voting power.

This change will be carried on the Binance Chain where every community member can propose a change in the parameters. To be eligible for review by the validators, a minimum of 2,000 BNB has to be deposited on the mainnet. This will count as a vote & allow the validator to vote on the proposal. BNB isn’t transferred from anyone’s wallet & is returned after the proposal has been voted on. The validators can vote “for” or “against” the proposal.

If the number of validators accepting a certain proposal reaches more than 50% on mainnet, then the change is implemented immediately on the BSC network via cross-chain communication. The remaining votes won’t count in for the process.

Although this new BEP-95 proposal looks good at first impression, there are a few concerns related to monopoly by the network validators. There are only 21 validators on the BSC network currently making it a more centralized structure than most other platforms. For comparison, Ethereum has over 11,259 nodes currently validating transactions.

Apart from that, BNB is an exchange token that slowly expanded into the Defi world. If for some reason in the future, Binance fails or gets hacked, the BNB tokens might lose a majority of their value. In those scenarios, Ethereum won’t be affected just because no exchange launched Ethereum in the first place.

Not everything is bad about the BSC network. The low-cost transaction fees make it a lot cheaper for people to play around with their wallets. The incentive for long-term BNB holders will also increase with further burns in every single block that’s validated. However, validators might face a short-term lower revenue with this reward getting cut in by a part. A lower incentive along with just 21 validators could mean even more centralization.

People entering the space might even hold BNB tokens with hopes of rising value in long run. So far, after the $0.1 ICO of BNB, a 4200X return has been delivered by the Binance team. That’s a lot of credibilities but let’s hope they can keep up with the same over the next decade.

Finally, as an enthusiast and developer, I would suggest looking out how this proposal unfolds among the community. Although the news hasn’t sparked a fire yet, the centralization in BSC is a concern among the holders.