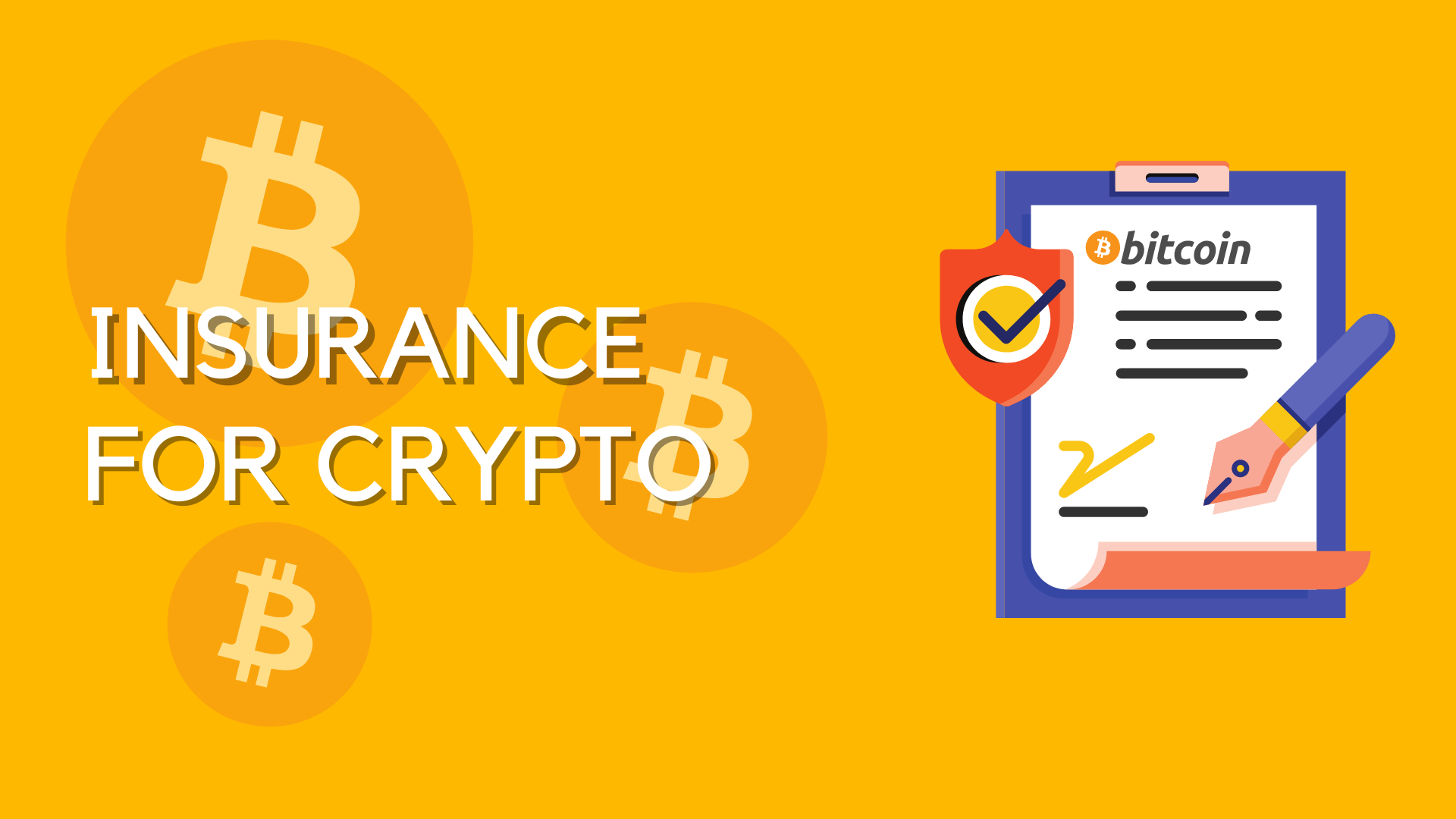 Insurance is a word we all know in our daily lives. The basic summary of insurance is “If X happens give us financial protection”. With the soaring prices of Bitcoin, Ethereum & other cryptocurrencies, the risk of hacks and breaches for exchanges are increasing. That’s why many of them have come up with their own methods of insuring users’ funds.

In this article, I’ve decided to explain the working of insurance for volatile assets, and how market leaders like Binance, Coinbase, etc among others are safekeeping the funds. But before starting, let me tell you this article isn’t financial advice. All the views expressed are based on my own research and should be taken as an opinion only.

According to a Bloomberg report, the insurance business for cryptocurrencies is expected to grow further with the market maturing every single day. In an article on Investopedia, I found the spokesperson of Allianz Group, one of the leading insurance providers in the world, explaining a possible business model of insurance companies for the exchanges. As per his opinion, cryptocurrencies are getting more relevant every single day and the rising threats are making it more important than ever for exchanges to consider having one.

Back in 2019, hackers managed to steal funds worth $40 million dollars from the leading cryptocurrency exchange Binance. As per a report from Wired, some 7000 bitcoins were stolen at the time of the hack along with two-factor user codes and API tokens. This hack proved to be an important lesson for the exchange which later decided of launching a new program known as Binance SAFU.

SAFU is a secure asset fund for users. It is an emergency fund made by Binance that is dedicated to reimbursing users in case of a future hack or breach. This fund is made by gathering 10% of daily trading fees.

However, that’s not the case with every other platform.

Why does the ecosystem of Cryptocurrency needs an insurance?

The business contains mostly startups and exchanges which are not big enough to provide big revenues for the insurance industry yet. But with the growing interest of investors, things can catch up fast in the future. Based on publicly available information, even Coinbase holds 2% of its coins insured with Lloyd’s of London. These are held in hot storage (connected to the Internet) and the rest are kept in cold wallets.

Insurance becomes important when the liability of investor funds is concerned. The valuation of bitcoin and other cryptocurrencies has resulted in massive thefts among both centralized exchanges and DEX. As it stands, in 2019 itself almost 12 crypto exchanges all over the world were hacked and a total of over $292 million dollars of user funds were stolen. The cumulative result of all these hacks makes it a vulnerable ecosystem that banks refuse to deal with or take seriously.

BitGo, a leading insurance provider which started as an idea of a blockchain security company secured a deal in 2015 for insurance of coins held in its Multi-Sig Platform. They provided cover up to $250,000 in theft claims and anyone could sign up for the XL policy and the amount could be increased by paying an extra 1% annual fee. Today, many exchanges and applications use BitGo as their insurance partner/custodian and the funds are covered up to a pre-decided rate which is disclosed upfront to the users while signing up.

Challenges faced by the Insurance providers

Bitcoin and other cryptocurrencies pose another challenge for insurers. Due to the volatility of price in day-to-day trading, the premium charged by the insurers may widely vary based on the market sentiment. If the market looks to be unstable and risky, companies could actually demand higher premiums in return for the same insurance coverage. Three-figure price fluctuations aren’t something traditional insurance companies are used to.

Volatility in valuations can reduce the value of the coins held in the custody of the insurer even regulatory crackdown and lack of oversight at cryptocurrency exchanges can further complicate matters for the insurers looking to provide their services to industry players.

Bitcoin has always been on the radar among insurers back from the initial days. They even set up some industry-wide recognized standards for safely storing funds like cold and hot wallets, multi-signature mechanisms, and server-side security standards. These do mitigate risks against a potential threat but nothing can be taken for granted by an emerging sector.

A trend of copy-pasting code from an open-source smart contract can be dangerous for safety. Thereby, you won’t notice any insurance being offered by a decentralized exchange like Uniswap or Quick swap. We have witnessed many smart contract exploits in the past and if you’re storing funds on a decentralized bank like Aave or Compound, you won’t be covered by any insurance provider.

A source of revenue

The insurance business can be profitable if there is certainty and regulation in the cryptocurrency space. Subsequently, companies are coming up with tailored plans for clients based on individual needs which fit the market. According to the same Bloomberg report, companies operating within the space cover mainly against theft which includes cyber insurance and crime. Some of these companies pay as much as 5% of their coverage limits as per the report.

Estimates suggest that annual premiums could be as much as $10 million for theft coverage. In cases of larger amounts, the coverage is split between dozens of underwriters for amounts ranging between $5 million to $15 million to ensure no stone is left unturned in case of hacks.

Ending thought for this article would be to diversify your own portfolio across multiple exchanges and if you’re not confident about safety on any exchange then prefer buying a hardware wallet for your own peace of mind.